You are here: Home1 / History

The Medieval Striano Villa is located on a isolated hill surrounded by vegetation and protected by the nearby mountains.
Before the 13th Century Striano was an ancient guarding tower belonging to the Ubaldini family.
In the 18th Century it belonged to Antonio Cocchi, doctor, writer and curator of the Museums of the Granducato di Toscana. The property then passed on to the Franceschi family that during the 18th Century transformed the property into a villa and bought also the oratory.
The Villa was restored during the 19th Century by the Architect Del Moro (pupil and follower of the architect Emilio De Fabris, who commenced the facade of The Dome of Florence).
In 1872 it was bought by the Gordigiani family. Michele Gordigiani, famous painter of the queens of all Europe, his son Edoardo and the daughter Giulietta delighted their evenings at the Villa by inviting their numerous friends. Giulietta, a very good musician and singer, married the Baron Robert von
Mendelssohn, German banker and member of the famous Mendelssohn family.
Gabriele D’Annunzio and Eleonora Duse, very close friends of Giulietta, spent many summer days in Striano.
Throughout centuries many more artists, famous doctors and renewed writers have visited Striano to enjoy it’s quiet and reserved beauty.

The lemon house – Limonaia
The sunny limonaia, designed by Del Moro under the Buontalenti influence, offers visitors the pleasure of an unexpected surprise.

From 1968 the Striano Villa is a private property. 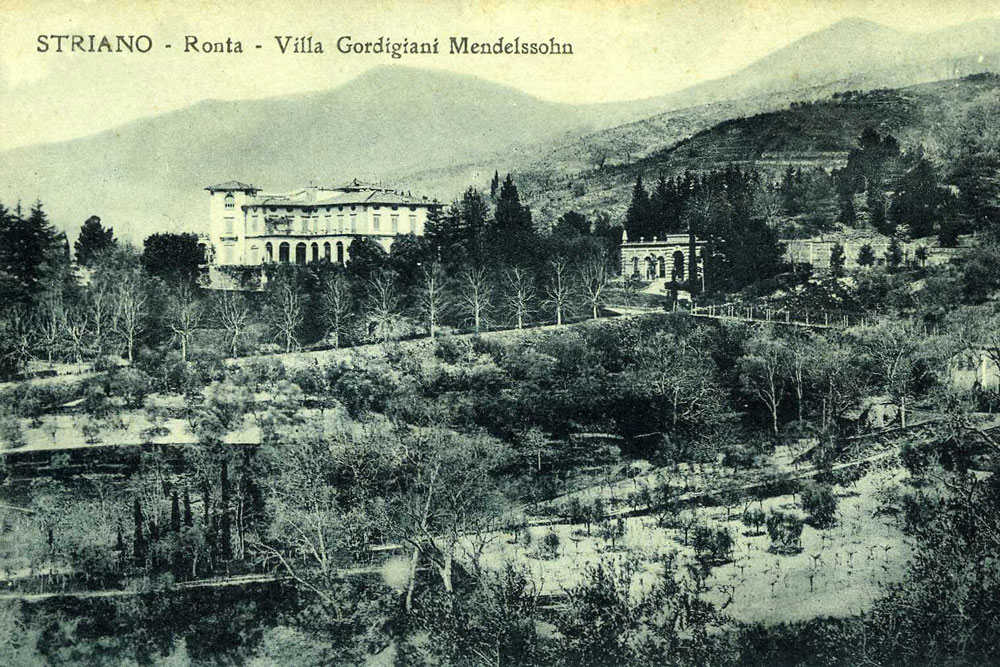